My first year with the Manchester YMCA Harriers

A year on from our most successful New Runners' Night, we asked some of our members who joined us last year to reflect on their first year in the club. Here’s what they said… 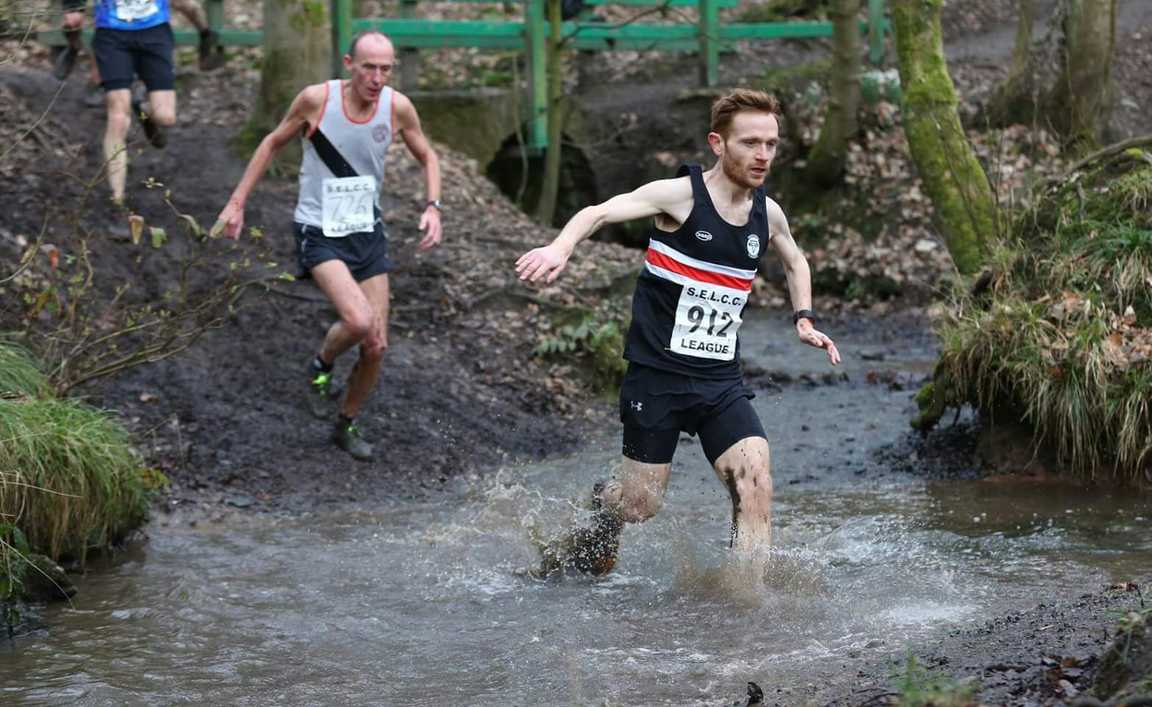 I'd been running for a while but after doing my first half marathon I was getting a bit more serious and the idea of taking on a full marathon had started to appeal more. I thought maybe I needed a bit more help than I could find just by searching for tips online.

I’m quite a shy and introverted type of person so I was a little intimidated by the idea of joining a running club. I was definitely a little anxious about introducing myself to a lot of new people, and also had a vague idea that I might not be a serious enough runner to join a club.

Looking back I can say that both those worries were quickly forgotten. All the Harriers were so friendly and welcoming, it was easy to chat with everyone and the atmosphere was really relaxed. Going down on the New Runners Night was great because there were quite a few other new people in the same boat as me.

As for being worried about not being a “serious runner” that seems quite silly now. Pace is completely unimportant and there will always be someone to keep you company on a club run if you’re not the fastest or just want to take it easy.

My running has come on massively since I joined, I’ve taken more than 10 minutes off my half-marathon time from last year and I’m running times I couldn’t have imagined before. That’s pretty much all down to the support and advice that other Harriers have given me.

Although I’m delighted with the improvements I made in terms of times and fitness etc it’s definitely the social side of being a Harrier which has been the biggest positive for me. I’ve got involved with the cross country and races in the club championships, and it’s so much fun to do races as part of a team. It’s great seeing other Harriers put in great performances and hitting their targets, especially after seeing them put in so much hard work.

Has anything surprised you about being a Harrier or anything unexpected happened during your first year?

I certainly didn’t expect to get involved with the cross country running (to be honest I only had the vaguest idea what it was when I joined) but that has been one of my favourite experiences since joining. It’s very much a team sport and you get a real buzz representing the Harriers.

Probably the Manchester Marathon in April, lots of Harriers ran it and plenty of others came to cheer us on. With the months of anticipation beforehand I felt a bit like a kid in the run up to Christmas waiting for the big day. In the end what I enjoyed most about it was seeing the other Harriers out on the course, having done so much of the training together it was a great to see everyone do so well.

After the marathon I was injured and couldn’t run at all for about three weeks. My first proper run back was the "Piece of Cake 10K", which was the first race in the club championships this year. It was a brilliant race on a beautiful day and there were loads of other Harriers in attendance, a great way to get back into running after an enforced rest. (Also there was cake at the end!)

I think for a lot of people running is a great way to work through any stress and an opportunity to just have a moment to yourself, that’s definitely still an important part of it for me. Since joining the club though I’ve gained so much enjoyment from the social side of running and I think it’s been a big part of maintaining my enthusiasm for running where as in the past I’ve blown a bit hot and cold. I’ve gone on a bit about races and marathons etc but what is essentially great about being a Harrier is the chance to hang about with a lot of lovely people, doing something we all enjoy. 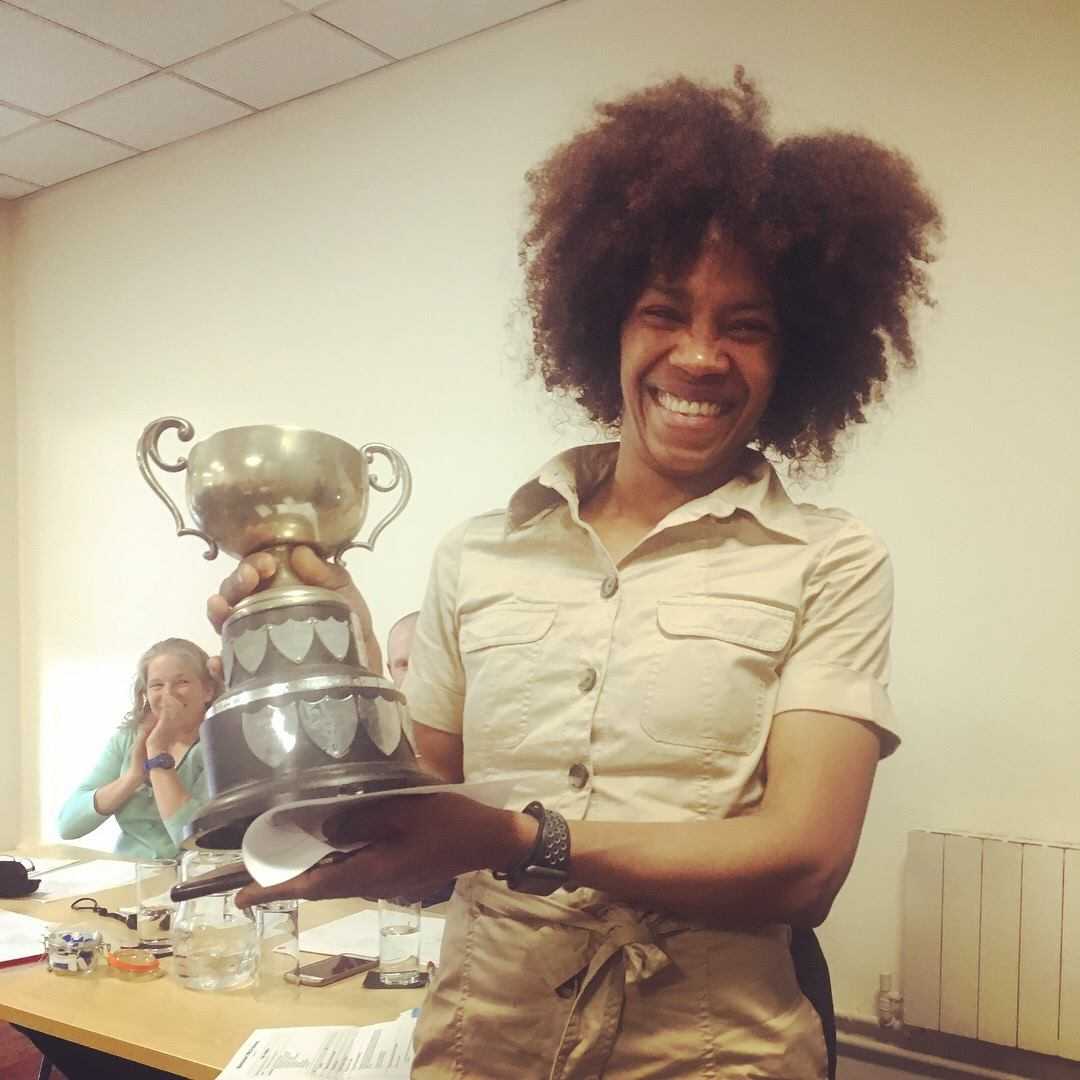 Back in 2017 I was running - well speed walking - everyday with the goal to run a half-marathon, but I was lacking support to push me. I did research on my local running clubs and I found the Manchester YMCA Harriers. I was looking for something exiting, challenging and friendly with a cool vibe. I haven’t looked back since!

I had so many worries, such as not being able to keep up and holding everyone else up, or perhaps not performing as well as the group. But I was worrying for nothing - everyone made me feel welcome.

I never dreamed of running this fast and I have improved my 5K and Half Marathon times considerably. I also completed my first marathon in Copenhagen in 3:39:05 - a Boston qualifier time! So I’ve gone from Manchester to New England in less than a year and a half.

Cross country and social nights. For those running on road I highly recommend plucking up the courage and trying out cross country. Every first Thursday of the month we do a shorter session then go out for a social night, where everyone can relax and jump into that well deserved drink. These are a chance to meet the wonderful varied personalities of the group.

Has anything surprised you about being a Harrier or anything unexpected happened during your first year?

I was very excited about my first cross country race of the season. I was ready early, a new shiny pair of shoes and the offer a lift to the race - a chance for a bit of team bonding before the run. What can go wrong?

It was also wonderful that my husband and daughter decided to join me at the race and caught the tram to meet me there. We hit the road and instantly hit traffic. My husband had beat us to the start line and called saying, “did you hear that loud bang? That was the start of your race!” I was furious but laughing, as were we all. We eventually got there just in time to support the rest of the team in their later races!

Winning the Morris Kaplan trophy for "Most Improved Runner" - I was speechless!

I was so excited to run the Leigh cross country race that I sprinted the first few hundred meters! Realising of my mistake I tried to slow down. One of my fellow club members encouraged me to keep going saying we were almost at the finish - I don’t know what race she was in but we still had 4 miles to go!

I hold many wonderful memories, from track training to Copenhagen Marathon but last year I had a taste of marshalling. We held our annual club race at Blackleach and a runner came to me after the race and thanked me! It made my day.

Running is always a great challenge no matter how long you have been running. It doesn’t matter if you are brand new to it or if you are working on endurance or speed, but Manchester YMCA Harriers has everything! They will guide you, support you, and are always full of smiles! 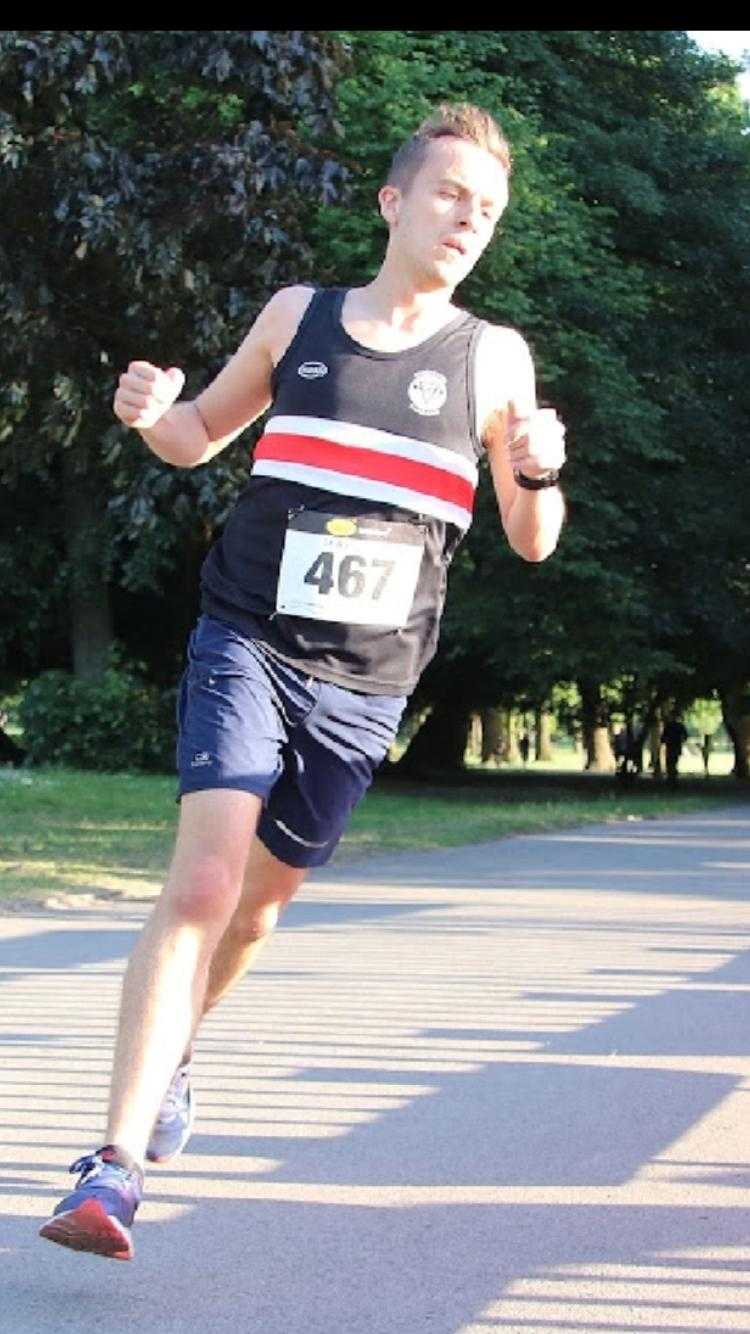 18 months of running up and down Princess Road prior to joining got a bit lonely!

Why did you choose the Harriers?

I came across some friendly faces at South Manchester parkrun handing out flyers, went on the website and seeing a welcoming vibe decided to give it a go.

I was a little nervous but there were plenty of other starters on New Runners' Night so I wasn’t on my own. After speaking to a few members on the night I knew I didn’t need to be.

Hugely! My PBs have lowered and I did my first marathon in April - something I never would’ve done without group training with the Harriers on a Sunday morning.

Running with others. It’s so much better, whether it’s flying round a track or a longer chatty run.

Crossing the marathon finish line! The feeling of sheer relief and legs feeling like jelly after putting in all those months of hard work.

Whether you want to improve your running, train for a particular goal or merely meet new people, this is the one for you.